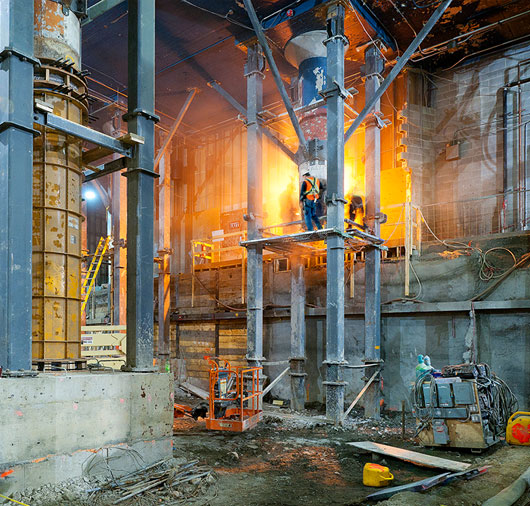 Toronto’s Union Station is “Canada’s largest heritage transportation hub.” Built in the Beaux-Arts style, the station opened in 1927 and was designated a National Historic Site in 1995. Its redevelopment (2007-2019) has been in ReNew Canada’s Top 100 Biggest Infrastructure Projects for the past decade.

In 2000, the City of Toronto engaged NORR Architects & Engineers Limited to set a new vision for Union Station, expanding the country’s largest transportation hub (65 million passengers a year, expected to grow to 130 million by 2031). They were tasked to restore the National Historic Site and create a destination commercial retail hub.

The commercial area has added a vibrant destination, not only for transit passengers but also for the central business area. It is now a city amenity that financially contributes to the stability and future of Union Station. The project is a Canadian model of how to revitalize railway hubs for the future.